AStA meets up every week in a meeting open to all interested parties. Within the summer semester 2018, the assembly takes place each Monday at 12pm in the “Plenumsraum” (assembly hall) on the first floor in the AStA building. 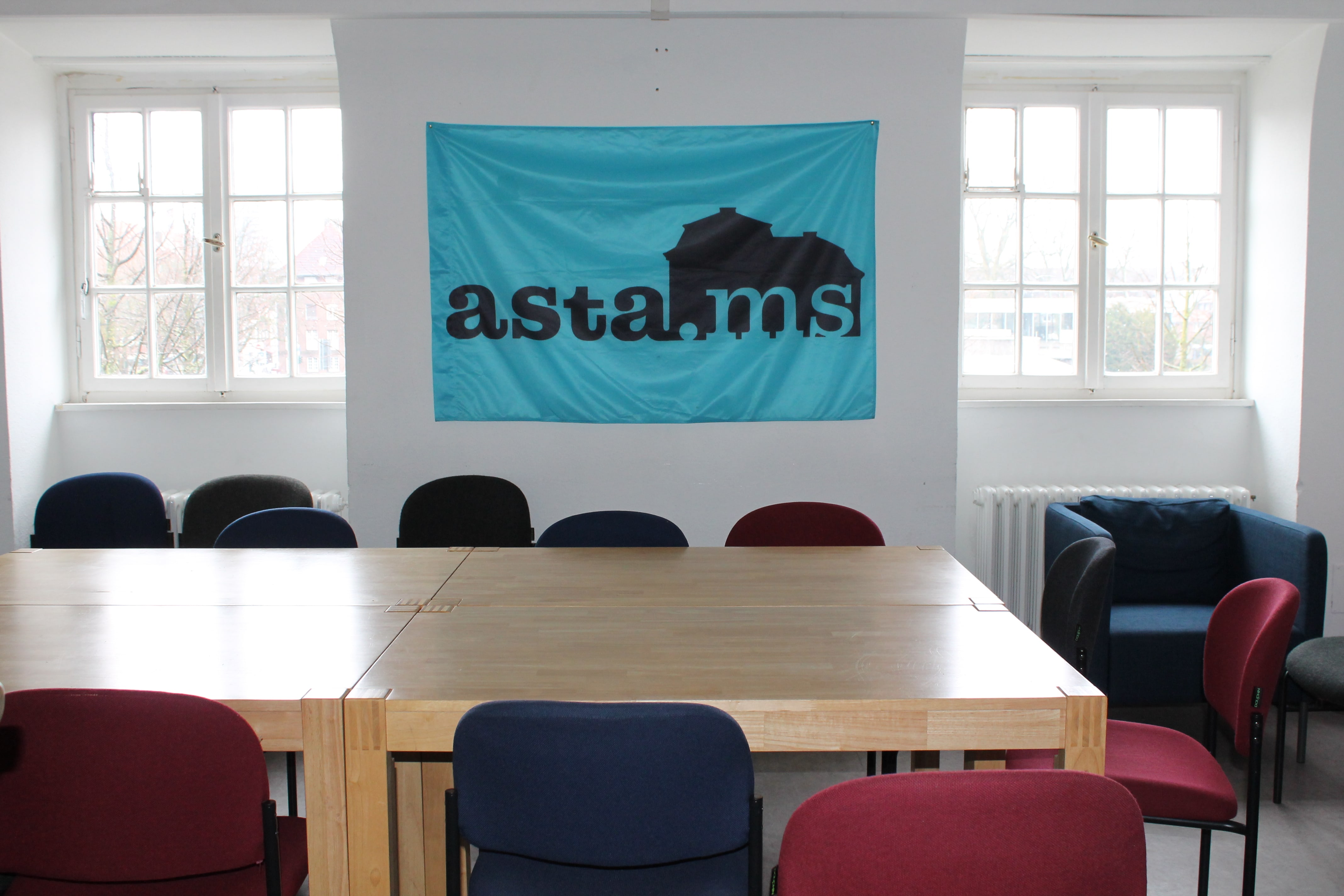 The General Students’ Committee (“Allgemeiner Studierendenausschuss”, short: “AStA”) represents all students at Münster University. It is elected for one year as an executive body by the student parliament.

AStA is composed of the chairpersons, student advisors and affiliated projects. Here, women, lesbians, gay men, disabled and chronically ill students have their own respective student representatives in autonomous departments. On the one hand, AStA tries to directly help individual students and offers i.e. consultation sessions free of charge. On the other hand, it also functions as a political body to improve students’ conditions.

AStA is elected by the student parliament. The student parliament, short “StuPa” or “SP”, is the highest committee with students to make legal adjustments (see §4 of the constitution) and meets up every 2-3 weeks. Every year, politically aligned lists are running for office. These lists can be compared to political parties from other elections. Several of the lists are even closely connected to their respective parties. You can inform yourself about their campaigns by using their information material, such as flyers, but also on the lists’ homepages. You may even know one of the candidates, which possibly helps you by making your voting choice.

Unfortunately, the student parliament’s election, which usually takes place at the beginning of June, has a relatively low voter turnout with approx. 20%. In the week of the election, you will find ballot boxes in almost every department building, but also in the cafeterias, where you can vote for StuPa. To be eligible for the voting process, you only need your student card. It is therefore even more important to go voting, so that the elected members of parliament can actually fulfil their duty of being true representatives.

Naturally, you can also become involved yourself and connect with one of the political lists or the student groups (so-called “Hochschulgruppen”).